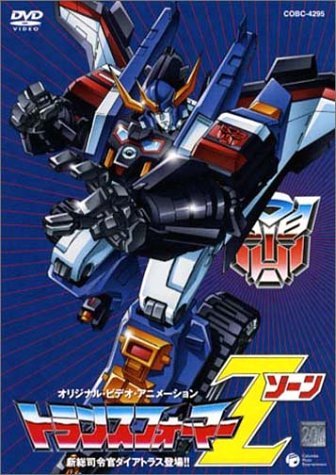 This was an actual series that was planned but only amounted to 1 episode due to high cost.

The movie revolves around evil Transformers who are seeking to take over the universe.

During the first minutes of the episode, we are treated to great animation in which we see one planet being blown to bits!!!

This episode had a great musical score and animation.

I believed the series was made though into a comic book or magaziine, so anyone wishing to know what happens after this episode should pick it up.

"ZONE" is hard to find, but I have on video, in case anyone wants it.